Not only is our very own Field Coordinator taking care of nurseries, assisting farms and generating reports, he is also interacting with other organizations dedicated to replanting and restoring nature. In late September, after an invitation made by ISA (Instituto Socioambiental) to the BJF, Carlos Eduardo attended the 2018 Xingu Seed Network field visit. This was a 4-day expedition in Canarana (Mato Grosso) with a focus in ecological restoration led by the Xingu Seed Network.

He learnt a lot about the forest restoration technique known as muvuca, where thousands of native seeds, collected from preserved areas, are combined and sown over degraded land instead of being individually planted. This technique can be used with 214 species of seeds and has the potential to plant up around 6.000 trees per hectare after three years- drastically improving reforestation density. It was also promising to find out that this technique can potentially be used both the Cerrado Savannah as well as the Amazon.

During the conference he was also educated about the importance of establishing a seed network to involve local communities in the process of restoration. A seed network can promote the cooperation between local communities, public powers and farmers so that all work together for the restoration of their land. This generates income for local people and can have a positive social impact for those living around the restoration initiatives.

Eduardo was very happy to promote our mission at the conference and learn more about how to make the corridor a reality! 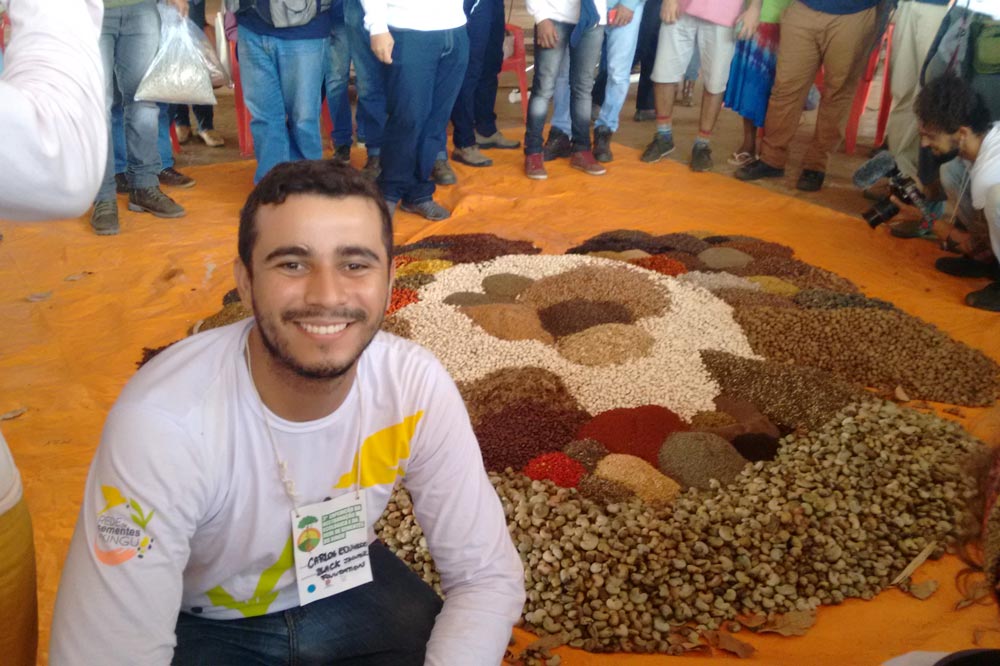