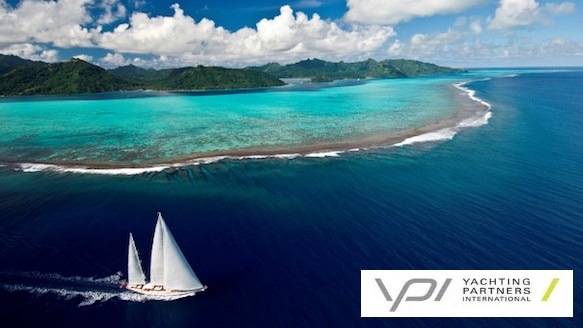 “We are keen on helping protect a wild, natural world that offers so much to human civilization.”

Group Head of Marketing and Communications

“When Yachting Partners International (YPI) adopted a black panther as its emblem, it did so with two goals in mind. The first was to highlight the Group’s qualities of strength, intelligence, precision and discretion. The second was to provide us with a link and an image of a world we felt we should be helping to protect – a wild, natural and beautiful world that offers as much to human civilization as the seas and oceans we spend so much of our time promoting.

In 2013, YPI’s gift was to our planet Earth, as we joined Yann Arthus-Bertrand and others and became a Supporting Friend of the Black Jaguar Foundation. At YPI, we believe in doing all we can as a Group and as individuals to actively protect our living planet for future generations.

Founded 40 years ago,YPI is one of the oldest established full-service yacht brokerage companies in the world. As an integral part of BRS Group, YPI integrates a large and powerful shipping group. The company has sixteen offices around the globe.The three main ones are located in Monaco, Antibes and Paris. YPI services go beyond sales and purchases: it goes all the way from new yacht construction to crew recruitment.”

“When we first heard of the Black Jaguar Foundation,” says YPI Group Head of Marketing and Communications Mark Duncan, “we assumed it was an association of people purely intent on protecting the endangered animal with various forms of fundraising and charitable adoption. What we actually found was a group of people who had decided on support that is much more far-reaching.”

“Of course, it is so easy to write off this and so many other projects as the dreams of a well intentioned, if somewhat naive, few,” Mark says. “But everyone involved in this project is focused and driven, and step by step we want to continue supporting the Foundation by learning more about the Araguaia Corridor and the work that is underway: by looking at the results so far and by establishing what we need to do to help realize this massive conservation project.”