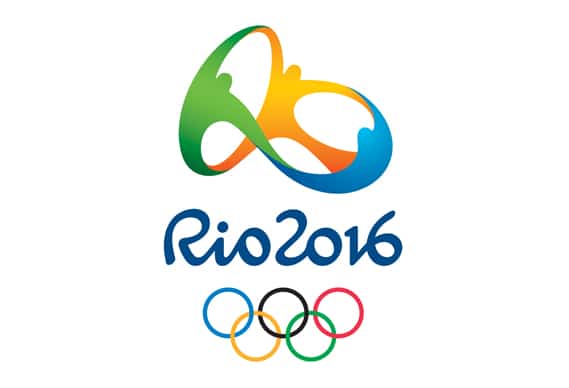 The BJF is proud to present to you major event for the second semester of 2016: the BJF Diamond Friend Trip.

It will be truly an experience of a lifetime! This special trip aims to support BJF’s action to help realize the Araguaia Corridor. The first part consists in visiting and experiencing the Araguaia Biodiversity Corridor in the beautiful state of Tocantins. We invite you to get acquainted with one of the largest nature projects in South-America.

The second part is to visit the Olympic Games in Rio de Janeiro, the greatest sporting event in the world.

We are looking forward to plan this trip with you and align special requests for you and your partners.

Just send a mail to Anouk Kuiper at diamondtrip@black-jaguar.org 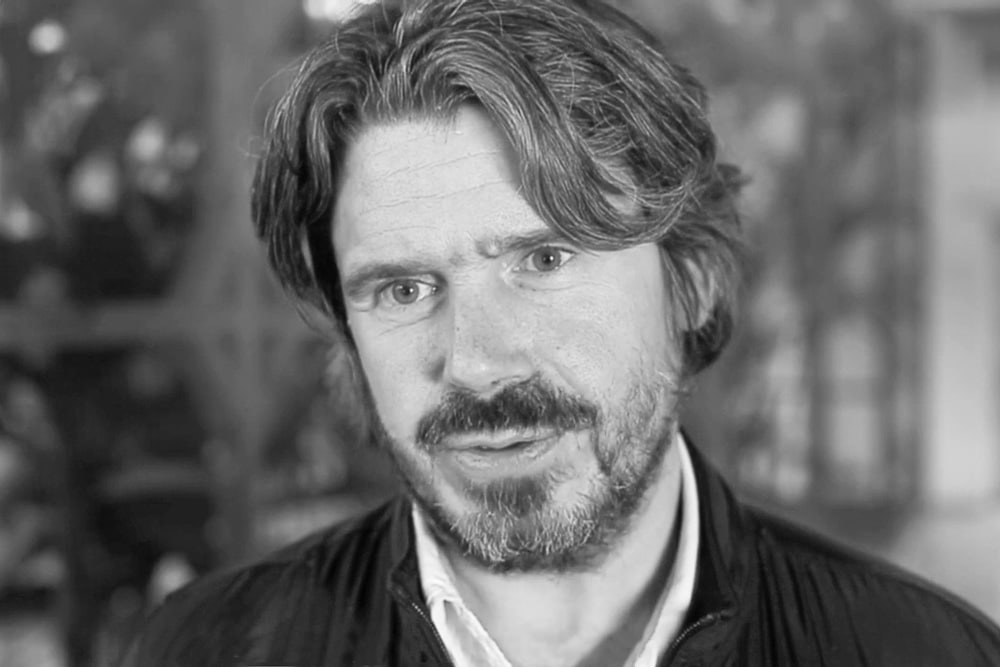 We are honoured to share the great news that Koen Vanmechelen, one of the most prolific and prominent contemporary artists of our time, has become Ambassador of the BJF.

Being a multi- and transdisciplinary artist,  Koen Vanmechelen is one of the most prolific and prominent contemporary artists of our time. Central to his extensive and innovative oeuvre is the concept of bio-cultural diversity and identity.Vanmechelen lives in the northeast of Belgium. He is an honorary citizen of his native town of Sint-Truiden.

Over the past decade Vanmechelen has collaborated with scientists from different disciplines. His ground-breaking work earned him an honorary doctorate at the University of Hasselt in 2010 and the Golden Nica Hybrid Art in 2013.

Vanmechelen uses a plethora of artistic tools for his work – from painting and video to installations, innovative 3D-techniques, sculptures and glass -, which includes four projects.

These are:
*    The ‘Cosmopolitan Chicken Research Project’ (CC®P),
*    The wooden statue ‘Cosmogolem’,
*    The fertility project ‘Walking Egg’
*    The WWI remembrance project ‘Combat’.
In 2011 the supporting foundations were grouped into the ‘Open University of Diversity’.

His ground-breaking work has been presented at almost every continent on our planet. Just a few examples are his exhibitions at the National Gallery in London, the Museum of Arts & Design in New York, the Pushkin Museum in Moscow, the Victoria and Albert Museum in London and the Museum Kunst Palast in Düsseldorf. Furthermore at the prestigious Biennial of Venice and at the World Expo in Shanghai.

In January 2015, the city of Genk and Koen Vanmechelen have launched a project to construct a new contemporary destination on the former site of the ‘Zoo van Zwartberg’ – La Biomista, an extraordinary project where the ambitions of the artist and the city converge.The site of 20 hectares consists of three identities: the villa, the studio and the park. The new sections on the site are designed by Swiss architect Mario Botta.

Always on the move, Koen Vanmechelen proudly donates his time and talent to raise awareness and support for the Black Jaguar foundation.
Love0 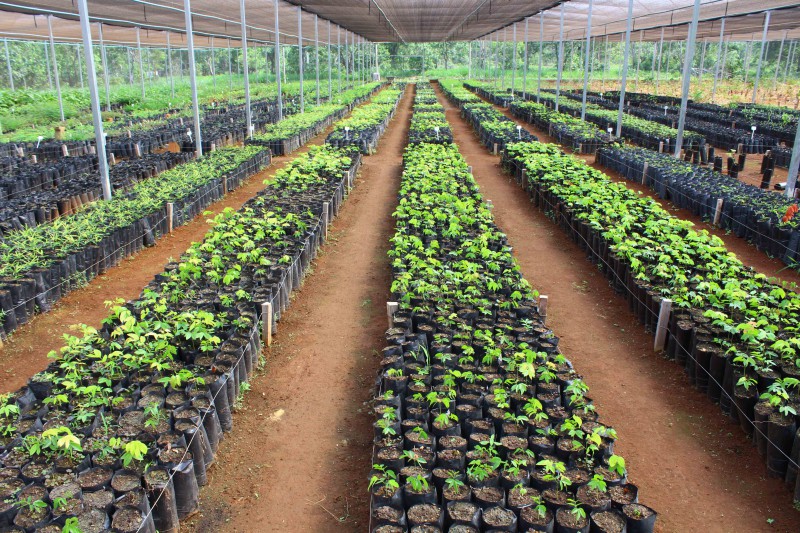 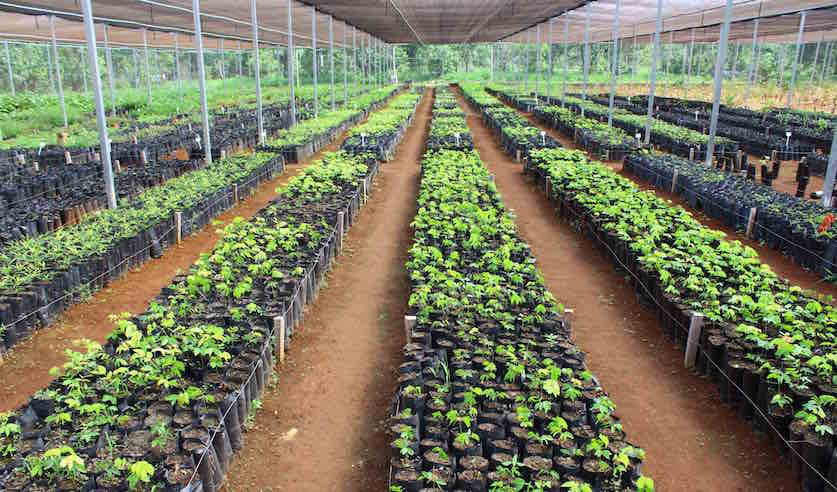 The dawn of 2016 has brought the first BJF field project. Our goal is to implement a first case of forest restoration that will serve as a model to the all Araguaia Corridor Zone. Fully financed by BJF, this fundamental mission is being carried out by two Brazilian and experienced technical partners: LERF (Ecology and Forest Restoration of the Laboratory University of São Paulo) and BIOFLORA (company specialised in implementing forest restoration projects). Both of them are located in Piracicaba (164km from São Paulo).

The first step of this pilot-project is to map a total area of 6.000 hectares in three different regions within the Araguaia Corridor Zone:  Caseara (Tocantins), Marabá and Limoeiro do Ajuru (Pará). Identifying the landowners, examining the land-borders and the land-use are just the first 3 elements of the Mapping Project Process.

The second step is to start our Reforestation effort in this area according to the environmental laws of Brazil. Not only will the selected landowners satisfy these laws, they will also be able to grow forests that generate extra income with native trees.

This pilot-project has already set sail and all partners and landowners are excited with its progress.

We would like to introduce you to Bioflora: one of our key technical partners in Brazil and in charge of carrying out our 6.000 ha pilot project. The company is one of the leading companies in Brazil specialized in forest restoration. For over 20 years, they’ve been developing innovative reforestation techniques to restore degraded areas in large scale.

Bioflora works in close cooperation with the agronomy division of Universidade de São Paulo (LERF/ESALQ/USP), one of the most reputed universities in Brazil and one of the highest ranked in Latin America.

In 2015, Bioflora accomplished a massive 3,2 million ha mapping project in Xingu on behalf of the local authorities in the Amazon provinces of Brazil. Bioflora’s tree-nursery in Piracicaba (SP) produces 4 million trees of over 200 native species per year. 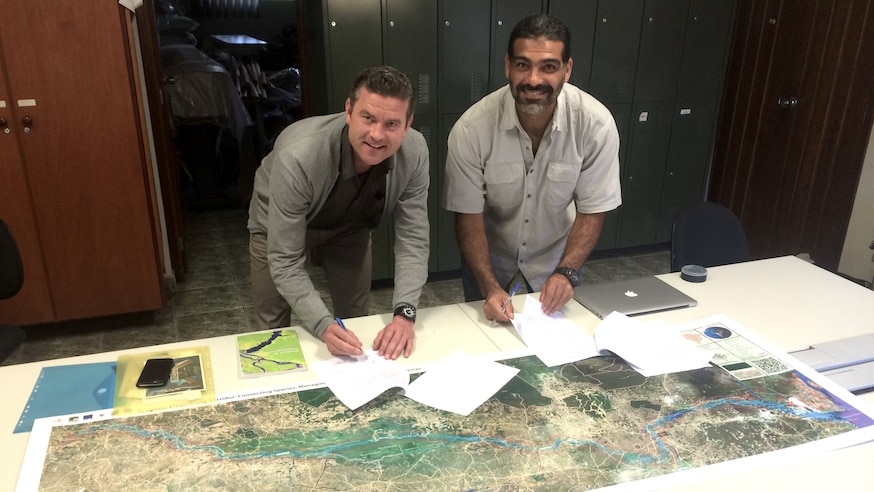 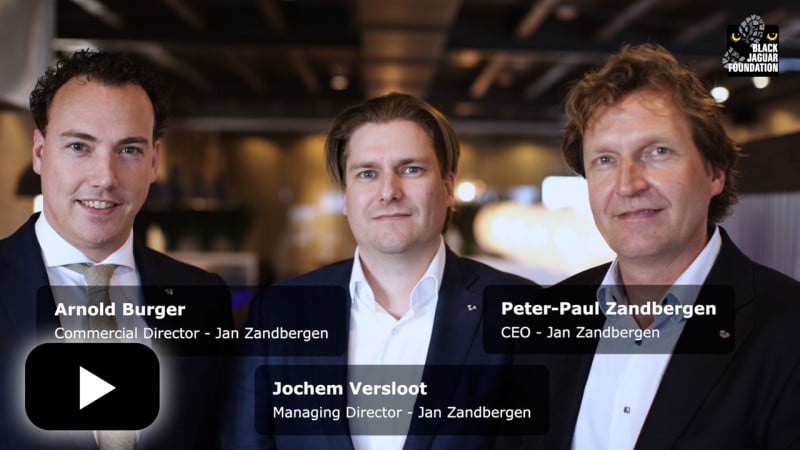 Jan Zandbergen World-Wide Quality in Meat, headquartered in Veenendaal in the Netherlands, is a global player on the meat market and is extremely involved with the world of tomorrow. That is why they have chosen to donate resources and become an official BJF Corporate Friend.

Read the words of CEO Peter-Paul Zandbergen about this important Win-Win partnership:

“As a second generation family business, we are very much aware of our future generations and the opportunities we must create, to leave the world behind a better place. It is our responsibility to cooperate in preserving and restoring our beautiful planet. That’s why Jan Zandbergen supports the Black Jaguar Foundation.” 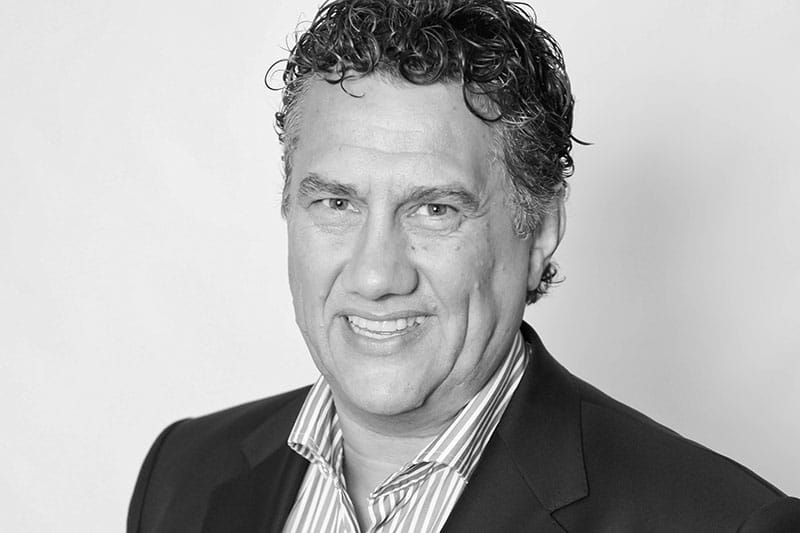 Kees Rijnhout is a successful entrepreneur, lecturer and founder of a market leader in fresh fruits: Jaguar The Fresh Company. His company has become a Corporate Partner of the BJF and Kees himself took up the role of BJF Ambassador. Driven by sustainability and transparency, Kees and his company share the BJF values of being ambitious and committed towards future generations to help realize the Araguaia Biodiversity Corridor.

As our Ambassador, Kees Rijnhout proudly donates 20% of his time for the BJF to raise awareness and support for our cause.  On November 26, Kees organized his first of a series of ‘BJF Info Dinners’ for a selection of his friends at our office and cinema in Amsterdam. It was a great event where his guests learned all about the BJF and discovered how to become involved too. 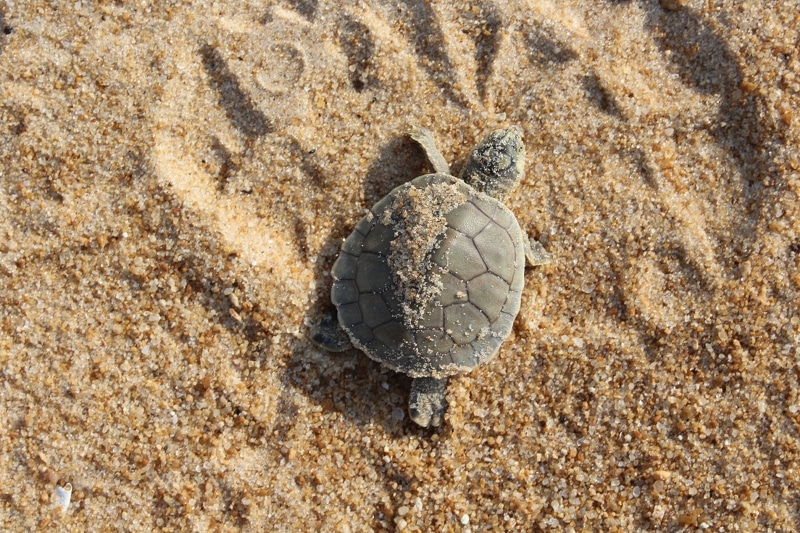 In November 2015, Caspar Burn and Ivan Nisida, two BJF team members in Brazil, concluded their BJF field expedition. Their destination was the state of Tocantins in the heart of the Araguaia Biodiversity Corridor. 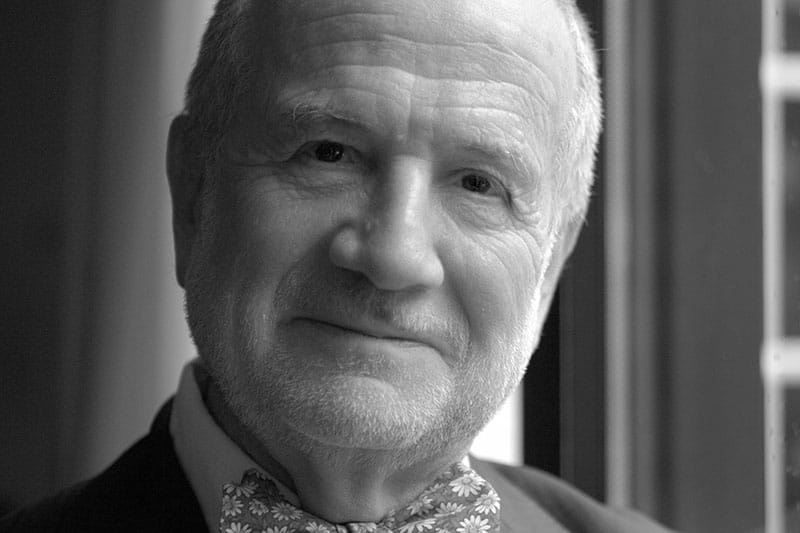 We were proud to have Prof. Dr. Marian Horzinek (in memoriam), one of the world’s most renowned virologists on cat diseases.

He was also the founding President of the International Society of Feline Medicine. “It is not just the black jaguar, that elegant and elusive feline, it is its ecosystems that needs our attention and care”. 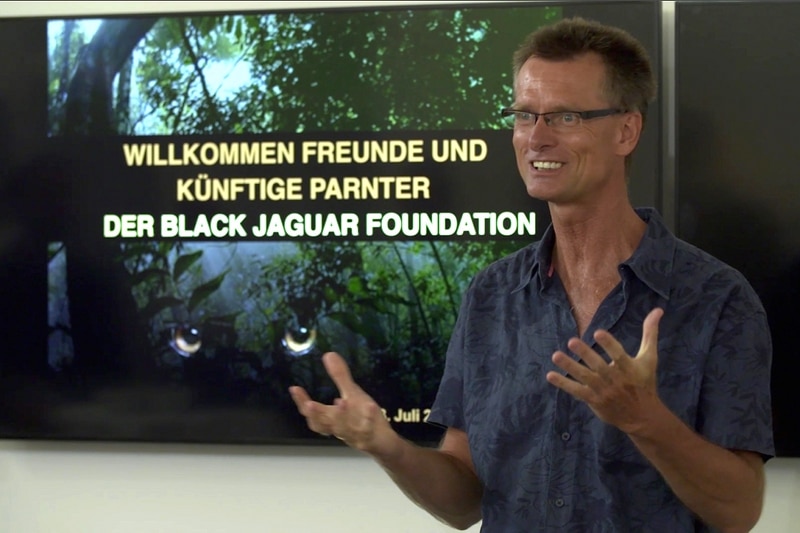 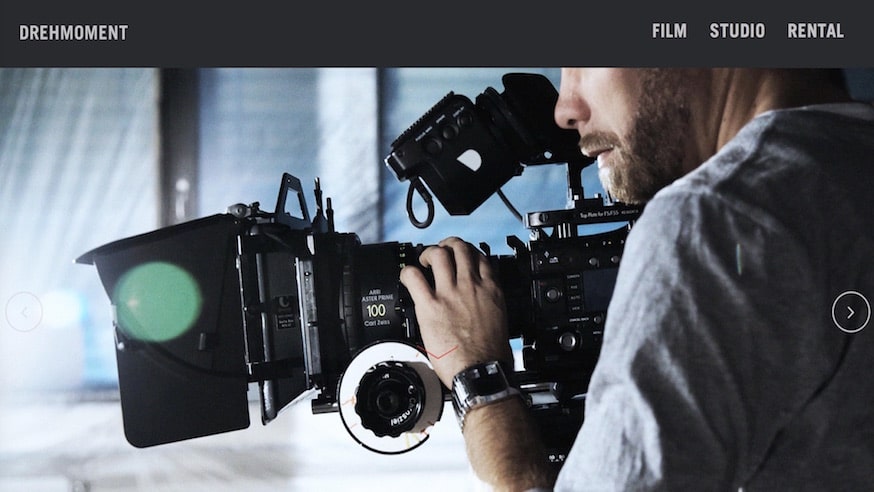 Headed by Hans Hagen, the team will create partnerships, raise awareness and funding for the Araguaia Biodiversity Corridor. The Munich based company Drehmoment Film sponsors the BJF with offices and facilities. 23 July 2015 was the kick-off presentation.